Theodore Roosevelt first visited the Dakota Territory in 1883 and fell in love with the austere landscape.  At one time, he even tried cattle ranching. He loved the ruggedness of the region, returning many times over the next 13 years. His time spent there galvanized him as an ardent and steadfast conservationist. This North Dakota experience would shape Roosevelt; and through his work, America’s environmental outlook on protecting natural resources.

To conservationists, the name Theodore Roosevelt embodies more than just a man who was larger-than-life or an isolated national park in a rugged, remote area of North Dakota.  According to the National Park Service, “After becoming president in 1901, Roosevelt used his authority to protect wildlife and public lands by creating the United States Forest Service (USFS) and establishing 150 national forests, 51 federal bird reserves, 4 national game preserves, 5 national parks, and 18 national monuments by enabling the 1906 American Antiquities Act. During his presidency, Theodore Roosevelt protected approximately 230 million acres of public land.”

Roosevelt’s commitment to natural resources however, was more than preserving wildlife and beautiful landscapes.  In 1912, Roosevelt said, “There can be no greater issue than that of conservation in this country. Just as we must conserve our men, women and children, so we must conserve the resources of the land on which they live. We must conserve the soil so that our children shall have a land that is more and not less fertile than our fathers dwelt in.”

I find it remarkable that as he worked to establish magnificent national parks like Crater Lake and Wind Cave, President Theodore Roosevelt understood the value of America’s less impressive and perhaps less fascinating resource; our nation’s priceless topsoil. 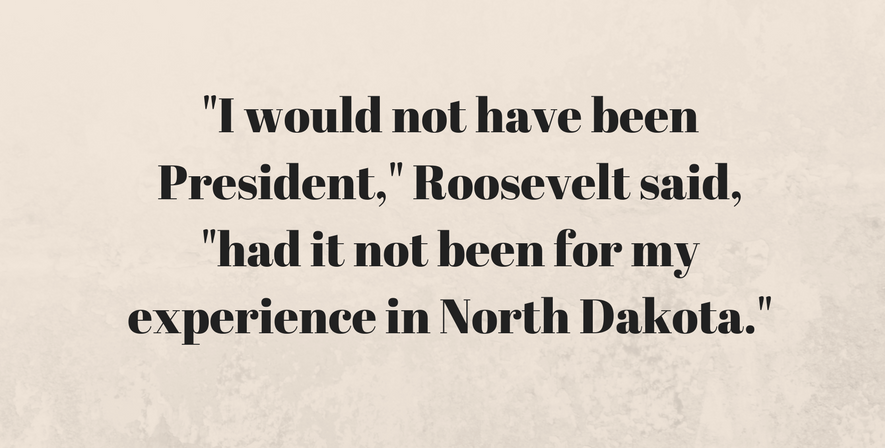